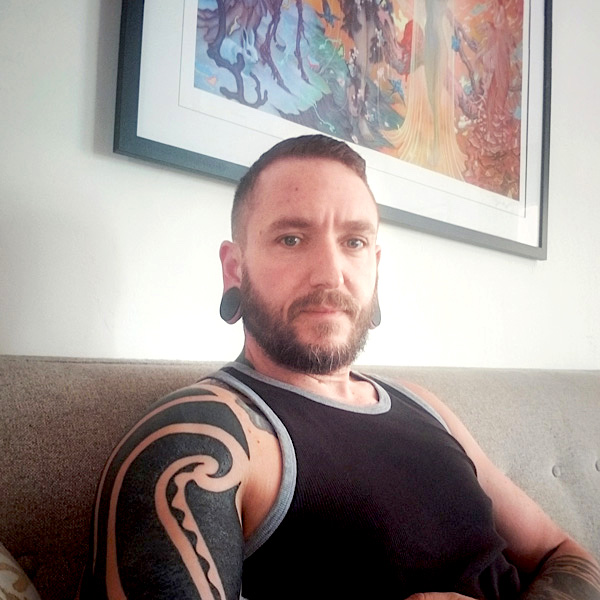 Evan Bluetech produces his unique recipe of electronic downtempo music. Explosions in technology and software have enabled him to explore the edges of contemporary music production, and a sound has developed which draws from the psychedelic community as well as the experimental/IDM community. Active all over last 20 years, he is preparing the new album and re-releasing his classic 2003 release – Prima Materia (available on vinyl and digital).

Interview by Sound Strider and Gagarin Project. Some questions were asked by psybient.org readers via our fb page. Publication date 20/10/2018

First of all thank you for finding time to talk to us and to give some knowledge about you to your fans !

Where are you now ?

Let’s start from beginning, do you remember the first gig you ever played?

My first live gig as Bluetech was at a psy party I was throwing in 2001 with some friends, and involved a tons of hardware!  Took three people to make it all happen.

How did you first discover electronic music/the psy scene?

I first discovered electronic music in 1990 and got into artists like The Orb, Spacetime Continuum, Irresistible Force, Vapourspace, Brian Eno, etc. 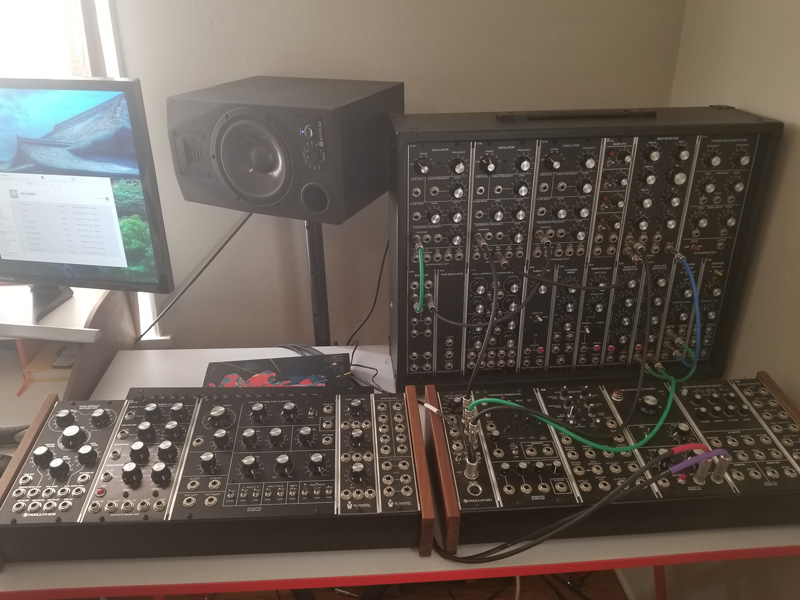 What drew you to the downtempo side?

I had quite a few years of producing and DJing dance music, and by the time I was really getting deep into production I wanted to make music similar to the artists that had first drawn me into electronic music.

Do you think psychedelic electronica has peaked as a genre? If so where / when?

I really have no idea.  I don’t consider myself a psychedelic artist, and listen to music across all genres from classical to death metal.  What I do is only classified as psy by folks who are into that style. Otherwise I get booked at festivals and venues which play all genres of electronic music.

You’ve been doing this a long time, what change to the music game that you’ve witnessed was the most unexpected?

Honestly, the biggest change has been the lack of physical sales.  I used to be able to pay my rent with CD sales! I don’t even print CDs any more because I can’t sell enough of them to cover the costs.  I still do vinyl, because I personally love and collect vinyl, but those prints break even.

Obviously technology has a had a huge impact on how this music is both made and diffused, chiefly by becoming more and more accessible, do you think this is ultimately a good thing? 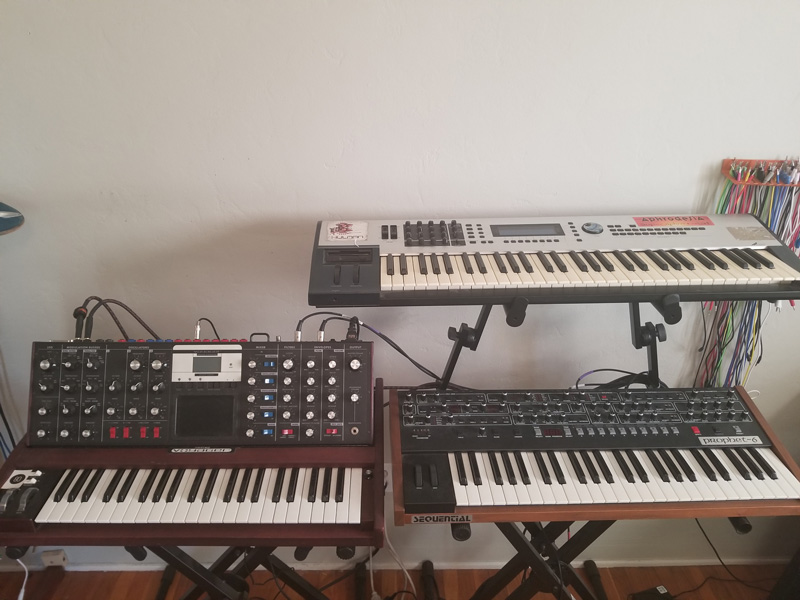 I’m all for democratizing the process, and making music more accessible to more people.  I personally benefit from all the amazing ideas and concepts being explored in modular synthesis right now, so for me its a good thing!

How has your set-up evolved over the years? I found an old interview you did on Isra trance when you were totally in the box, whereas your latest batch of releases are full of analog synths and modular craziness, was the software/hardware evolution sudden or progressive?

It’s been a slow process.  I started with all hardware, and shifted into software production due to accessibility of modular concept in Reaktor and other software, and have slowly built my studio back into a hardware based setup.  For me personally, hardware is so much more immediate and literally hands-on. I get more satisfaction twiddling knobs and patching cables then I do clicking a mouse. And musicians are blessed with a massive arsenal of amazing tools in the modular world right now, both analog and exciting new digital circuit designs.

How do you feel about EDM and dance music culture finally hitting the mainstream in the US? Do you think this has a negative or positive impact on the underground culture?

Has it hit the mainstream?  I guess I don’t really have any perspective on it, since I don’t get booked at mainstream venues.

In the liner notes for your 4 horsemen releases you mention a ‘long period of creative drought’ can you tell us a bit more about what happened?

I think I’ve shared as much publicly as I want to on that matter, but I faced some very painful changes in my life and to people close to me, which I had to take time and space to grieve before I felt like creating again.  Thankfully that period is over!

Have you ever considered giving up on your music career?

I would never give up on music, but absolutely I think about walking away from the “business” part of the music business all the time.  Touring is very challenging and hard on the body, mind and spirit, especially as I get older!

Which of your tracks is your personal favorite and why?

Whichever one I just finished!  Until I can’t stand listening to it anymore, and have to make something new.  Lol. Luckily that feeling fades. I think Leaving Winter Behind is probably my favorite, as that track came out fully formed.  It wrote itself in a couple hours, and I just had to hold on for the ride.

As you gain more experience how has your creative process changed?

Experience allows me the freedom to not second guess myself.  I’m not “trying” to make music, or make a particular sound, or keep up with what is happening in any given scene.  I just create, and explore whatever feels right in the moment. Some people will like some records and dislike others, and that doesn’t really matter to me, because music is something that is essential to who I am as a person and has to come out of me.  So I guess I just trust the process, and allow whatever is needing to come through to come through. It makes for a much smoother creative workflow.

What’s the one piece of career advice you wish someone had given you when you were just starting out?

Find another career?  Haha, just kidding. I think the best advice I can give is what someone gave me, and that is that if you have 1000 true fans then you are set as an artist.  Maybe those 1000 change over the years, but if they are loyal then you have what you need for success. Don’t bother chasing the 100,000 fans, if that is meant to happen it will, focus on honing your craft and being true to your own vision so that those 1000 true fans can go on the journey of your artistic process with you.

What are you listening to at the moment?

Any young producers/musicians you feel we should be paying attention to?

There are so many I wouldn’t even know where to begin.

And here are some questions from your fans:

Tell us about your life in Hawaii, are you completely running on renewable energy yet.

I don’t live in Hawaii anymore.  That period of creative drought and processing some painful life experience I mentioned above included stepping away from Hawaii and the house that I worked hard on there.  Im currently in San Diego so I can be close to my friends and family, which has become incredibly important to me! I’m hoping in the next few years that I have the opportunity to end up on some land and try again.

What are your favorite synthesizers (hardware or soft synth) and gear to use?

I have a hardware list on my Liquid Geometries album coming out in Nov for those that are curious, but I’d say at the moment I love my Empress Reverb pedal.  Its a close tie with the eventide H9 (and blackhole reveber), but I think the Empress takes the lead for super lucious infinite space creation at the moment. For synth stuff, there are so many awesome modules, but my most used is probably Intellijel Atlantis which is an SH101 clone.  It was my first module purchase for Eurorack, and still gets used a lot. The Synthesis Technologies e352 Cloud Terrarium is pretty awesome too! Lately for my live rig I’ve been bringing out the KArp Odyssey and Abtrakt Avalon, which is an amazing 303 recreation with a few extra tricks up it’s sleeve.  I mean, everyone loves a little acid right?

How do you find the psybient scene has evolved during your years of creation?

It’s hard for me to answer this, as I don’t really consider myself to be in that scene.  I mostly play events in the US which have a lot of crossover with the jam band scene here.  I used to get booked a lot of international psy festivals, but not so much anymore so I don’t have a great window in that scene.  Artists that get identified with Psy outside of the US are treated like other electronic artists here since the psy scene is not so big in the states anymore.

Do you find much differences within your listeners, depending on their country of origin?; Aka, playing in the americas vs Europe, and so on?

I’ve alluded to this a bit above, but I don’t play much in Europe anymore.  One thing I definitely noticed however, is that in the US I get booked at clubs and such and people always dance to my sets.  International festivals tend to have much heavier music for dancing, so when I play it’s the “chill-out” and everyone is sitting or laying around.  It shocked me at first as I thought people didnt like my music, but I guess its just a different in scenes. Believe it or not, I guess Im “dance” music in the US.

Each album seems to take a new direction, which keeps it fresh. I know

you are working on the remaster of Prima Materia, which is among my

favorites, but do you feel an itch for a new original album in that

style? What do you feel when you re-explore the vibes from that point

Who knows what comes next!  I just finished a modular album which is very sequencer and arpeggiator driven and kind of a nod to classic berlin school albums by Tangerine Dream and early “chill-out” music.  I will say it was pretty sweet to hear Prima Materia through new ears after the remaster and it sounds so much more full and present. Maybe as it re-soaks into my psyche it will generate a sister album.  Lets find out! 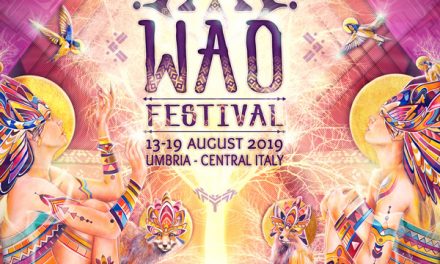 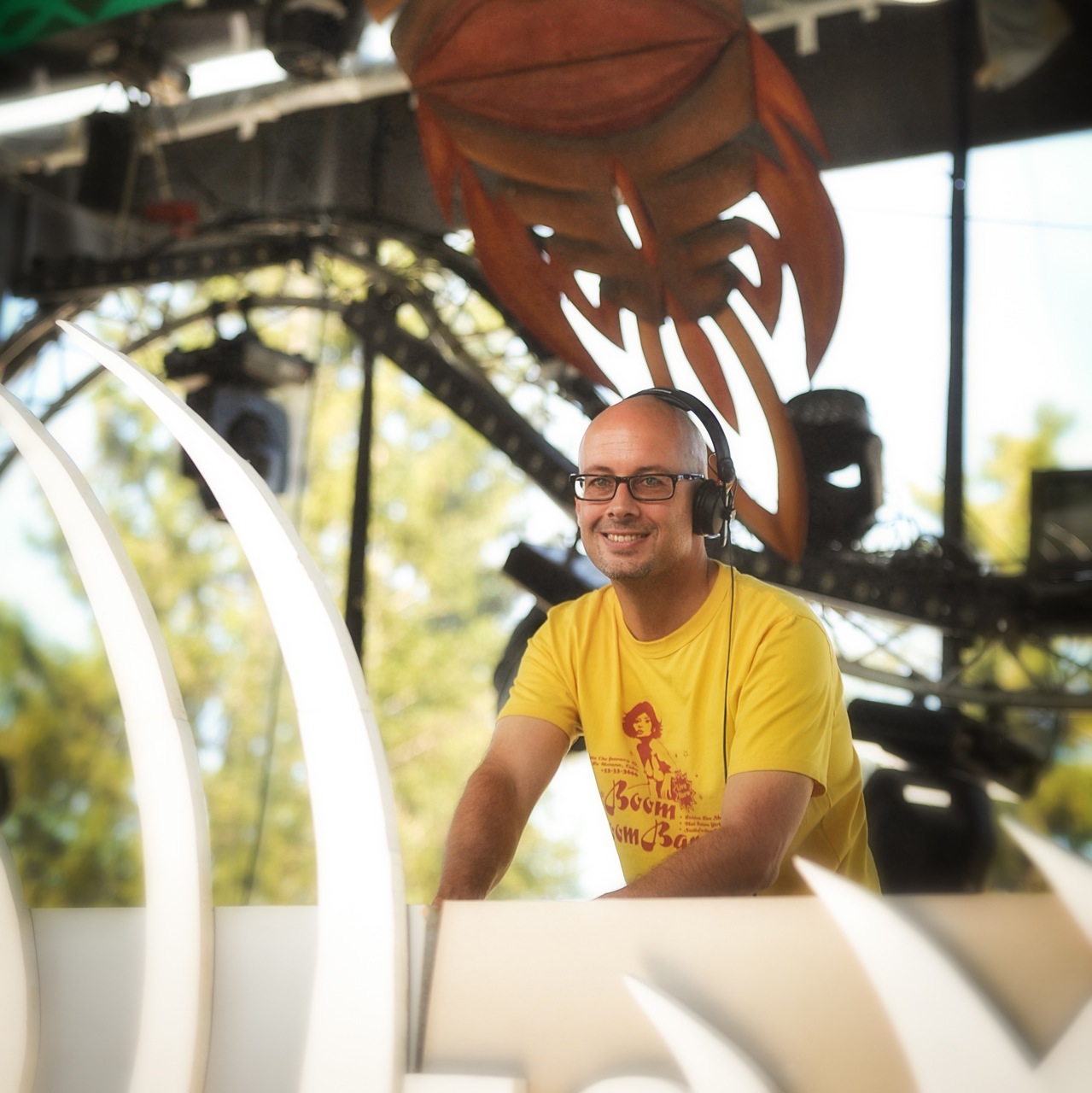 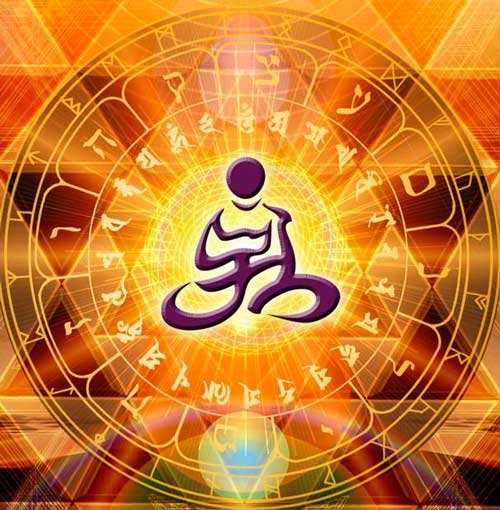