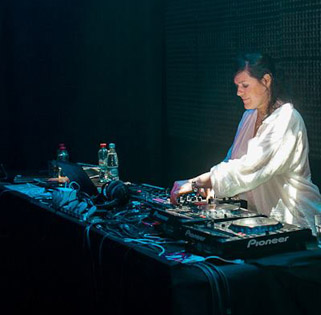 PSYBIENT.ORG is happy to present you the next interview in the series of conversations with the downtempo artists. Here below you will discover a conversation with Mahiane in view of the recently released Ultimae compilation Oxycanta III. This interview was kindly allowed to be reposted by Morpheus Music. So we hope sure you’ll find it very interesting and informative!
Don’t forget to press the play button of the audio player below to discover the musical universe of panoramic nusic of Ultimae Records and Mahiane.

As the third in the series – what was the vision you had for Oxycanta III?

I hesitated between different ideas, a fully atmospheric compilation, or maybe an IDM / breakbeat one, or something a bit more proggy. As a DJ I like to play all these styles. I didn’t really know, for sure I wanted to create a third chapter and Vince was pushing me hard to do it but it was quite blurry in my mind as I had little time to concentrate on music. Eventually with the various tracks I put aside I realised it would be a smooth musical story so I put in different influences to open up horizons and kept to a certain line of emotions and grooves.

How did the initial parts of the collection begin to gather?

I started over a year ago to contact artists whose music I truly love, posted on Facebook and forums to receive demos. These plus all the demos I naturally receive everyday gave me a large pool of music to choose from. Jason’s track (Muridae) was one of the first I received and loved straight away. There’s something in his music that resonates with me. I enjoy all the aspects of his composition, whatever moniker it comes out under. Especially keen on the “Afar, Farewell” album, collaboration with Man Watching the Stars released on Rural Colours. It’s my “evading this world” soundtrack!
Mer-A sent me a full album which I listened to in a loop for ages, many of the tracks were good, not all of them perfect but with a certain personality. I knew I wanted to present his music somehow. Which track though, couldn’t tell and Anthony was very sweet and patient with me. Now this guy is a discovery and even though he’s hardly known in the scene I can foresee an interesting future. Jostein and Bjarte from Circular sent me a few tracks for an EP we plan to release and one of them was the exact vibe for the compilation. Then I discovered Lars Leonhard with his album released on Bine Music, I contacted him and presented my project and he replied rather quickly with a few tracks to listen to. That opened the door to a new collaboration as we are now working on two digital EPs with him, one of which should be released quite soon. I’d known about Fingers in the Noise for a while, actually bought one of his self-produced album on Bandcamp and enjoyed his release on Bine Music. I like his moniker a lot, it’s a good word play with the French expression “les doigts dans le nez” – easy peasy, piece of cake… I emailed him, he sent me a track, it was perfectly what I wanted to hear. Now I Awake’s two part track is another story. We are working on a collection of EPs leading to an full album release with a special concept and in the big package of tracks he sent me there was part 1. I really liked it but found it too short so I asked him if he could compose a few more minutes to the track. Trouble was he only had the recorded version and another alternative one but the project had disappeared in a hard drive crash. There was something a bit repetitive if I put the two versions one after the other so I decided they would frame another 36’s track. I was listening to his “Lithea” album one day when Vince came in, “Session” was playing and he said “that’s the one, the last track you were looking for”, he was right.
Vince composed the track based on what he knows touches me and put the focus heavily on the rhythmic part as there were already a lot of atmospheric pads and melodies in other tracks so it creates a sort of break in the flow. Miktek wrote his piece also specially for the compilation with the directions I gave him. And last but not least, Scann-Tec who managed to grab the essence of my project and compose this spacey floaty track with a slow build up and a slightly cheesy little melody that’s a part of me too, I do like deep, experimental stuff but also enjoy a good old house tune and putting my arms up in the air, now of course that’s the mellow version of that J

Did you have any particular criteria set down in advance regarding track selection?

I didn’t really as I explained in your first question, in a way, the first tracks I fall in love with set the pace and then it’s a matter of finding the follow up to the story. The most important to me is to be deeply moved by the music. To be able to listen to it day or night, happy or sad, in a loop for hours while working and not tire of it. I like to have several layers of listening experience, enjoy the track at low level in my office, loud in the studio or in the shop, and discover subtleties in my headphones. There are several aspects in music that I pay particular attention to, space and depth are important to me, but not always; rhythms, I especially like when they are intricate. I like glitch, dirty frequencies but it shouldn’t go out of tune. When I was younger I used to listen to this Smashing Pumpkins track called “Drown”, actually I used to put on repeat the last 2 minutes, full of guitar larsen, oh I loved it! That’s probably why I enjoy Hybrid Leisureland’s music so much, most of the emotions are in those frequencies. To me there’s a type of sound for every moment of every day, and occasionally you find this track that works on several levels. That’s what the tracks on this Oxycanta III compilation do to me, but of course that’s fully personal and I can appreciate someone else will feel differently about it.
For sure I wanted to stay away from the classic psychill tracks, but you know what happens? I still get that tag!

Where there any special moments in compiling the CD?

I guess playing some of the tracks in Moscow last June, my first gig after 4 years away from the stage, it was quite an experience in itself and being able to share tracks that I cherished like that was the cherry on the cake! The first time I burnt a copy to listen to it in our record shop was also quite special, the mix was finished, the compilation done, it was out of my hands in a way and all I had to do was sit back and enjoy.

How do you go about creating the order of play?

I try all the possible ways, I never know fully in advance which track will be first. I put all tracks in Vegas and then go one by one, if I start with that, what should be next and so on… Does the story work like that, it is really smooth? If not, I start again, another track first…
I may have done about a dozen different stories before I settled on the one you can now listen to.
Back in 94, I was living in London with a mad music addict, Mark. He once said talking about an album release by his friends: “They should have let me do their tracklisting, the album would be much better”. Now I didn’t really get it at the time but when I became a DJ and started working on the label with Vince this came back to my mind and I decided to make a point of creating a good tracklisting.

Vince and I selected the pictures for the booklet and artwork, for each track we searched for a picture that would evoke the emotion of the music or be somehow related to the title. For example, Aeolis Mons, title of one of Mer-A’s tracks is a mountain on Mars so I looked for something about the planet and found this picture of a newspaper. I sent it to Vlad (Scann-Tec) as it’s all in Russian and it happens it is something about travels on the planet so I thought it would be just right.
For the cover we found new pictures of the same plant we’d used for Oxycanta Winter Blooms, at a different stage and from a different angle. Although the compilation series is named after Hawthorn I never used any picture of it as I simply never found one that would work for a cover or booklet.

Would you say that you made any especially exciting discoveries in the process of developing this project?

Definitely, as I said before, Mer-A and Lars Leonhard are discoveries that open doors for future collaboration on Ultimae. 36 too but in a different way. Arnaud who works with us discovered him and we decided to take all his releases to sale in our record shop.

Now that the album is complete what would you say has been the most gratifying aspect of the project?

It’s definitely receiving the compilation from the factory, sending it to the artists and fans and knowing they enjoy it. Of course I love getting great feedback from the press but that’s not for me to take, it’s for all the artists featuring on the compilation.
We are already receiving enthusiastic reviews actually, yours in one of them J

What can you share with us regarding the future?

I’m kind of back on tracks as a DJ and plan to travel again for gigs, I enjoyed working on the compilation even though it took me ages to really get into it. And now of course, I’m already thinking about chapter 4! But we have quite a few plans for releases on Ultimae so it’ll have to wait a little. Asura’s album is in the pipeline, we have EPs coming up for I Awake, Lars Leonhard, Miktek; Circular are working on a new release as well, Nova is nearly done with his compilation, we’re going to reprint Interloper from CBL… Oh and I nearly forgot to mention, Vince is working on an album in 4 parts to be released on vinyl next year and our first collection of audio samples.

Where do think that downtempo music is heading? What are the most exciting developments on the horizon?

I see more and more composers, pretty talented ones, going in that direction, more alternative scenes opening up to the style. I hear about promoters wanting to set up downtempo / ambient events and plenty already in place. So compared to where we started nearly 14 years ago, I can say there’s a definite change and this music genre is slowly carving its unique scene. Also, you probably noticed more downtempo music in documentaries, films, TV advertising. I think the public is opening to it. They may not know it yet, but they love that music!

Much thanks to Mahiane, Ultimae Records and Morpheus Music for allowing us this interview.

For more information on Ultimae you can visit official Ultimae website.
Original interview and many other interesting information can be found here: Morpheus Music. 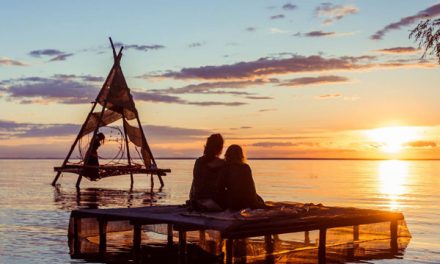 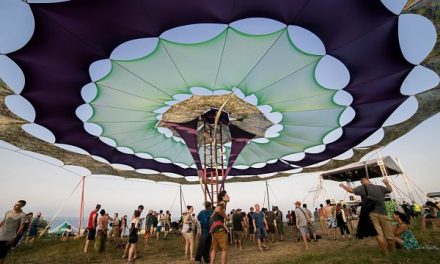