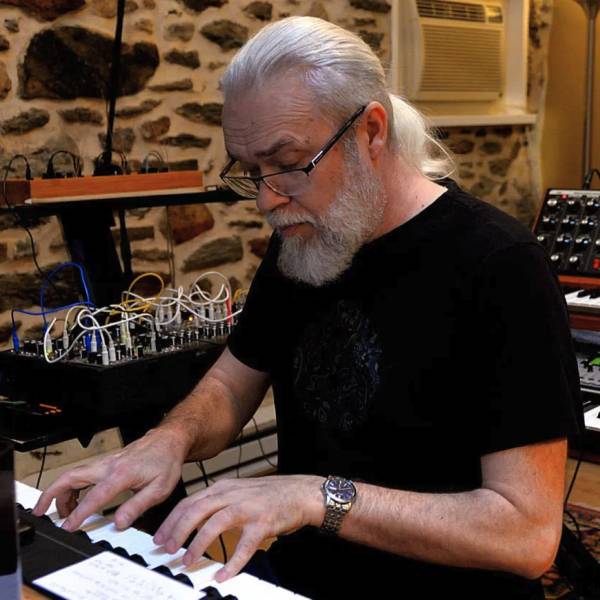 Some websites are passing away, and valuable historical information is lost. One of the website that is gone is “electronicmusicmall.com”. Thanks to the web.archive.org we managed to recover a few interviews and we are happy to continue our “Archive” series. Today we present you the lost interview with Ian Boddy.

What got you into the music business to begin with?

Well let’s talk about what got me into music initially. During my teenage years in the 70’s I was into mainly instrumental bands like Focus, Camel etc. Then I heard two seminal electronic music albums, Phaedra by Tangering Dream & Timewind by Klaus Schulze. I was totally blown away by the atmospheres and images these musicians were creating. Academically I was good at science and art but all my careers advice was to follow a course in the former so I started a degree in Biochemistry at Newcastle University in 1978. Whilst there I carried on with my art as a sort of hobby and I found this open access arts centre (Spectro) where I was able to do screen printing. I even had some of my work exhibited. Up till this point I’d not had any musical training but a friend of mine who was also into the sort of electronic music that I liked told me that there was a sound studio upstairs in the arts centre. So up I went and opened the door to be confronted by several VCS3’s and Revox tape machines. I was smitten, started fiddling around and within about a month packed all my screen printing gear up and started the long process of teaching myself how to use this gear. Of course at the time I had no idea or intention of getting “into the music business” as you ‘ve put it but from those early days I’ve basically never stopped until I’m in a position today where I can make a living from my musical endeavours.

How did you decide to become primarily a solo musician?

This wasn’t necessarily a conscious decision but the type of music I compose isn’t really suited to a band ethic. It’s quite private, takes time and allows me total freedom in where I take my music. However I’ve been doing this for almost 30 years now so I have on many occasions collaborated with other musicians to keep things fresh and fun. Certainly since the mid-90’s I’ve worked with Ron Boots, Mark Shreeve, Andy Pickford, Markus Reuter, Chris Carter, Robert Rich etc.

What inspires you musically, what really drives you to play?

One aspect is that I just love sound. I find it endlessly fascinating how something so abstract can elicit such a huge range of emotions in the listener. I never tire of exploring new sonic worlds and of course electronic music is a perfect vehicle for that. But over the years I’ve often been influenced by books I’ve read, Odyssey from 1989 is an obvious one and films I’ve seen, The Deep from 1994 came about after seeing The Abyss.

How would you say your musical history has led you to creating Slide?

That’s a difficult one to pin down and I’m not even sure things quite work like that. The dominant feature on Slide was my use of a new instrument, The French Connection keyboard. This is a modern analogue version of the keyboard employed by the Ondes Martenot (invented in the 1920’s) which utilises a wire and ring pulley system sitting in front of a keyboard via which the player can smoothly glide between notes and create natural vibrato. Furthermore a rocker switch on the left of the keyboard allows for the natural and subtle control of the articulation of each note. This instrument breathes new life into playing a synthesiser and allows for an incredibly expressive performance. I found this totally inspiring to play and allows me to do things I’ve never been able to do before. I guess in a way it approaches the way Robert Rich coaxes those beautiful gliss like tones out of his pedal steel guitar. However the album was also influenced by my state of mind (as they all are) and like its predecessor Elemental has a very upbeat positive sound. There’s a couple of tongue in cheek look back at some of my earlier music as well which was fun to do.

Tell us a bit about playing your new instrument based on the Ondes Martenot.

Well I’ve described much of that above. To a non-musician this may sound either a bit academic or no big deal but as a player it’s truly liberating. It makes playing a synthesiser, which over the years have often been criticised as being of limited expression, as expressive as playing an acoustic instrument such as a violin. The volume isn’t controlled by the traditional use of an envelope generator and any vibrato isn’t brought into play using a Low Frequency Oscillator. You the performer have to do these things. The rocker switch which is nice & natural to play is usually used to control volume but I would also set it to control timbre via filter control. So you have total articulation of the volume and also the tone of the note. Vibrato is wonderful, if you want fast vibrato you basically wiggle your finger quickly, just as a violinist would do on a string of their instrument. You want slower vibrato then wiggle slower! There’s a link here to the web site of Analogue Systems who make this beautiful instrument:
http://www.analoguesystems.co.uk/index2.htm

What are your usual starting points for composing new tracks, how do you begin?

There’s no easy answer to this one. Sometimes it’s a sound or texture. Sometimes I’ll be improvising and a melody or chord sequence will sound good. I also often do commercial work with my library music albums for DeWolfe. Here of course I may have a specific brief, do something about space or the sea or whatever. I then use my experience as a composer and sound designer to know which sounds to use or musical progressions to employ to create that particular image.

What part of the music making process do you enjoy the most?

I think the initial spark of inspiration is always the most exciting where maybe I’ve been messing about and suddenly something in my head latches onto an idea that I want to pursue. Sometimes, although not always I can almost see the finished piece at that point. That is a wonderful feeling. But then the hard work begins of actually crafting and fine tuning the composition to realise your goal.

Are there any interesting stories or experiences around the production of Slide?

One aspect of playing the French Connection is tuning. As you slide the metal ring up & down the length of the keyboard you effectively glide through all the notes between any 2 notes you want to play. Sometimes this sounds cool but sometimes it sounds awful. By using the rocker switch to control volume you can articulate this by fading the sound in & out as you slide the ring about. However when you get to the note you want to play, especially if you’re sliding a long way you may over-shoot the mark and end up slightly flat or sharp. Again this can sound nice as it gives your playing a very fluid, organic feel. However I found that if playing like this against a backing that had lots of pad sounds it could often just sound out of tune. This is probably due to the fact that the pads are coming from MIDI sources and are thus perfectly in tune and thus clash with the French Connection pitches. My solution was to just dump a lot of the pad parts and instead sequence them as monophonic parts. This brought a nice feeling of space to the pieces where often there’s no pads at all but just layers & layers of interlocking monophonic parts. I think it gives some of the pieces a nice breath of fresh air.

Do you have any plans for live work with material from the Slide album?

I don’t play that many concerts but in fact I recently performed at the Hampshire Jam 7 festival and had a short 30 minute solo slot before joining up with Mark & Julian Shreeve on stage as Redshift. I played a couple of pieces from Elemental and 3 from Slide. However due to a combination of only playing a short set and having to bring down equipment that I could use for both sets I didn’t bring the French Connection keyboard. Instead I used my Minimoog for those solo parts. It certainly wasn’t the same but still sounded good. Circumstances will have to be right for me to use this system live as I not only need the keyboard but about half my modular system as well. It’s tricky to keep in tune as well so you have to be careful what you play it over.

What currently excites you most about music?

Well obviously I’m still really exploring this new keyboard instrument and I’m sure there’s lots more things for me to discover with that. I’m also working on a third studio collaborative album with Markus Reuter the German touch guitarist. Leading on from me using the French Connection keyboard I looked out for music actually played on the original Ondes Martenot and found that Messiaen used it a lot. So I listened to his music and found I really liked it. I knew Markus also liked his music and so I did some research into the strange musical scales he used. It turns out he documented seven symmetric scales, this being mathematically the number of musical scales whose notes are laid out in a symmetrical pattern. Some of them are really odd with more or less notes than a normal minor or major scale and they each have their own unique flavour. So for the project with Markus I suggested we do seven pieces each of which uses one of these scales. Again this may sound a little academic but it’s a nice way of giving you some “new rules’ to play with and can lead to all sorts of unusual inspirational directions.

What’s next on the horizon for DiN and for your own music?

The next album on DiN will be by Parallel Worlds which will be their second DiN release (Obsessive Surrealism – DiN26 being their first). I’m also finalising the mixes of the project with Markus although it’s final release label isn’t finalised yet. Also I’ve got a new DeWolfe album to compose so all in all plenty to keep me busy going into 2009. 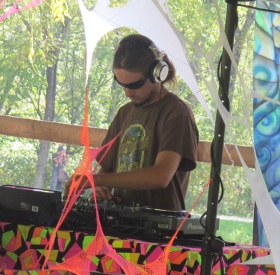 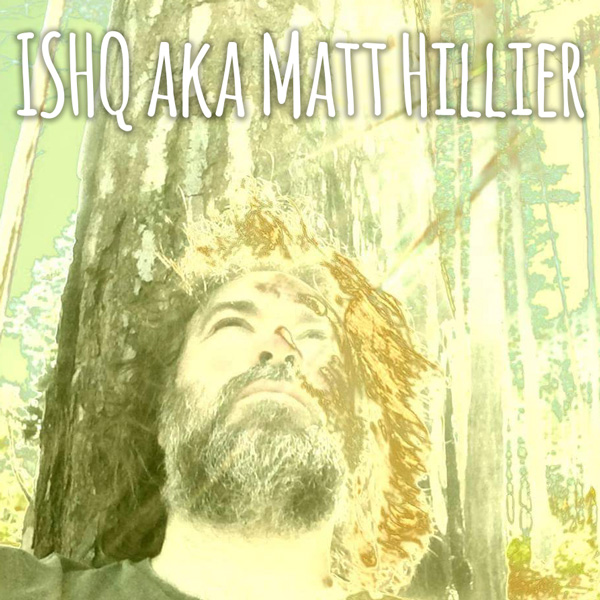 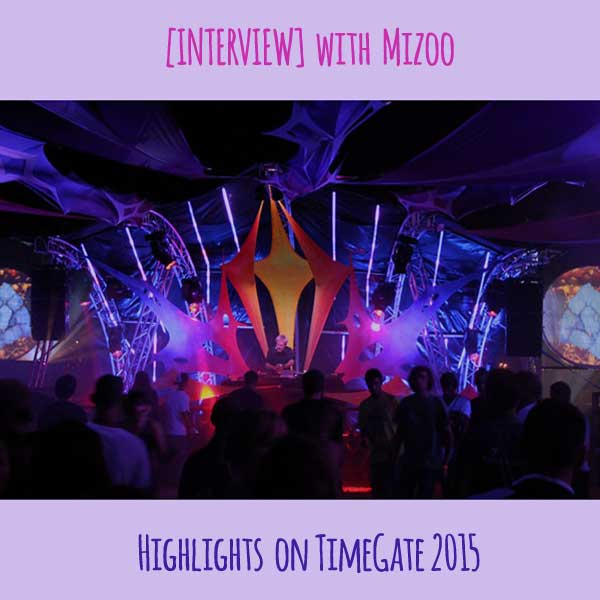 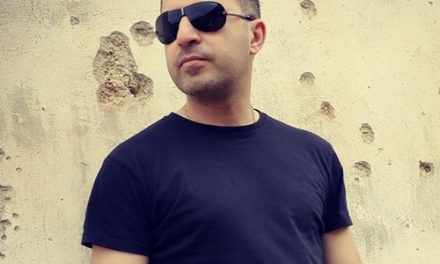