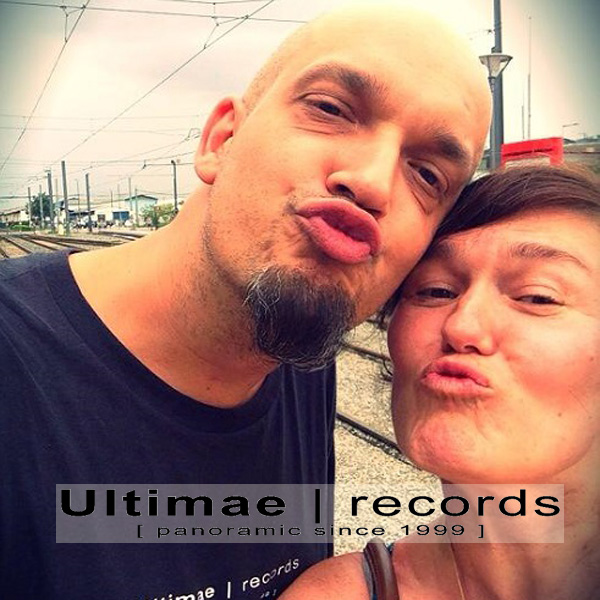 The year is 1999 – way back before bandcamp, soundcloud, youtube, and the like. An ambient trio from France, going by the name of Asura, is readying the release of their debut album.

As with any journey’s beginning, the road starts off rocky and they are met with much resistance, trying to find their place in an unforgiving classic music business. Coming to realize that the answer they were seeking was within themselves, the decision was made by Vincent Villius to release by them self. And so, after an early name change from Infinium, Ultimae Records set root and started to grow.

Since then – for the past fifteen years – Vincent Villius and Sandrine Gryson have released record after record, from artist after artist, of ambient trance bliss. Becoming internationally acclaimed and loved for their signature sonic senses. Especially here, in the psybient community, where their psychedelic moods have always struck a fine tune.

Psybient.org decided it was the right occasion to have a chat with them on their fifteenth birthday – to celebrate, reflect, and look forward toward their future.

Interview and foreword by Kevin Fairbanks.

First and foremost, congratulations on your fifteen year anniversary! What’s the first thing that comes to mind when looking back on this long journey?

Thanks a lot! First thing that comes to mind is, it’s been fun mostly, rewarding also, sometimes harsh and unfair and generally a growing journey.

If we could take it back to the beginning (in 1999), can you give us some insight into what your intentions were at the time?

The intention was pretty simple, release the music we love on CD at first, and create a portal for ambient lovers. We had a first html version of the website which as you justly recall was under the banner Infinium Records. We built pages to introduce people to music and artists and set up an online shop which quickly started shipping worldwide. The first idea was no boundaries, that’s the way we looked at internet back then. It being in line with the music we produce and release, wide in space and time.

How have your intentions and approach changed over the last fifteen years, towards what you are today?

The intentions have not changed at all, we still love to release music. The idea of an ambient portal shifted to the website, being mostly dedicated to the label, and its main artists as well as the record shop and a live event agenda. We realised we couldn’t actually do it all and a portal had to present all artists who evolve in the scene; let’s be honest we couldn’t keep up on that and there are plenty of website that reference everyone well enough.
The approach, of course, changed as we learned about the business along the way and realised we had to become publisher, as well as a record company. Over the last ten years, we built a studio dedicated to sound-design, production music, mix and mastering, which now edits collection of audio samples from the Ultimae team. And of course, along the way, we acquired some form of notoriety, which helps a lot when launching a new project, and basically having been around for a while changes the way people relate to us – we relate to them. And there is still a lot that remains to be done in terms of promotion of this music genre and artists.

Can you touch on the importance of making this a digital portal, and how you conceived that in a time where the internet was hardly even a thing.

We’re pretty keen on technology and were on the net from the start. So it was obvious to us that we had to create a website to sell our releses, along with other labels’ in our shop. Without the net we’d be long dead, when you approach a distributor with, one, two, or three releases, they don’t give a shit about you unless you can present them a fat and expensive promo scheme.
On the net you speak direct to music passionates, no frontier, no middle man.

If there’s one piece of advice you could give your 1999 self, now that you’ve been through all of this. What would it be?

Just go for it!

Can you explain the process of bringing artists into the label?

There’s no such thing as a process. It’s about music and encounters. Sometimes we meet the artist through a common friend, sometimes it’s a concert, a demo by email. No rule at all. Then we need to feel deeply touched by the music and see if we can work with the artist. Everyone comes with expectations and we can’t meet them all. Also we feel it’s good to keep it i an open relationship with artists and like to see them release on other labels.

Since the start, there always seemed to be a strong personal bond between yourselves (the label) and the other artists. What was the importance for you guys to have that element of personal kinship with everyone your brought in, as opposed to many labels that like to keep a distance?

That’s just the way it happened. When you feel music deeply and you love it, it’s rare that you don’t love the person behind it. We all just got on pretty well and decided to collaborate. There need to be some form of pleasure in working with people, all for the good of music and the passion we share.

When was the first time that you felt fully realized as a label?

I can’t remember. Not even sure we’re fully realised as a label yet. We’ve done cool things, still many on the to-do list. I suppose we had some form of “we’re there” feeling when we got asked to set up Ultimae stages at festivals or do label nights in prestigious venues.

What are the most enjoyable parts of running the label, and the most frustrating parts?

The most enjoyable part is of course music production and collaborating with artists, it’s managing to place music in a film, it’s getting good feedbacks from our friends, fans and followers. The most frustrating part, let’s say running that type of business in today’s French economy and administrative weight. 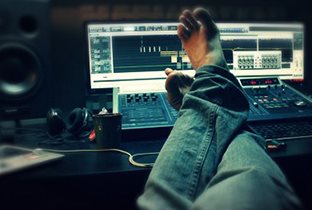 What does it feel like to now have so much recognition, love, and support, throughout the world?

Where there any moments in the early years where you had doubts, and if so, how did you deal with that and pull through?

Of course we had doubts, we still do luckily. If you don’t doubt it means you don’t go out on a limb. You may as well stop.
In times of doubt, there’s always a mail that comes in from a fan, a film director, a new artist, a friend, that reminds us why we are here and what we are meant to do.
And so we keep going…

Ultimae artists regularly participate in psytrance events. Do you think the chillout area of trance festivals are an appropriate place to perform, or would you prefer your artists to perform in a different kind of environnement?

Nope I really don’t think it’s appropriate most of the time as the chill or alternative stage is quite often the one with the less means in term of set-up and general comfort. To chill you need mattresses and cushions, carpets, gentle lights, projection, shade and protection. Way more to organise and care for than for a dance stage.
Sadly, I have come to realise that in the mind of many organisers there’s a per beat rate of consideration.
This being said we have worked with many organisations along the way who’ve shown dedication to this music genre and brought some of the loveliest experiences at festivals, I’ll name just one, Boom this summer, a true blast for all.
Personally I would prefer artists to do concert performances in venues with good seating and a great sound-system, enough space to set up a real scenography and projections to welcome people to an “out-of-their-usual-reality” environment.

What are the most notable/memorable events that Ultimae have taken part in?

Nuit Hypnotique in France, we did four events. Rêves in Ukraine. Ultimae session in Moscow last year. Boom this year. That’s only my opinion. Ask the artists, they will come up with way more answers.

We do both physical and digital releases, some being digital only like the EPs. We do sell more digitally, however we will not stop releasing on CDs as a) we like the object, b) our fans wouldn’t be happy, c) despite what everyone seems to believe, CDs still sell !!!
We’re also planning on releasing vinyls, some tracks are in the making.
The global tendency is to stream nowadays, and that is alright for some, but the business model could very well kill a sad deal of independant labels and artists.

What are the top 5 countries that purchase music from Ultimae?

You recently released an official teaser for the new Asura album, Radio Universe. Can you talk a little bit about that, and what else we should be looking for in the near future?

Asura’s album will be released on 4th November, two weeks later than announced jst so that we’d send people of beautiful piece of art!
Digitally the album has been available from 21st on Ultimae Digital Store and from 28th on all international outlets.

Regarding Charles’ new album, I’d say [ Radio Universe ] is an exploration of Space music with a good wink to the work of seventies composers and the usual downtempo beats we’ve come to expect from the artist.
Rights now we’re working on a MIKTEK / AES Dana collaboration. An album with Scann-Tec and Fingers In The Noise, remixes of Circular; a couple of compilations Maer, Focal and I are on the case!

A meaning of the world Ultimae, is the farthest point. When looking in that direction forward, can you see what the long-term future will bring?

An award for best soundtrack, actually no, quite a few awards!!!
Ambient being recognised as today’s soundtrack.
Wonder events.
Music discoveries, many, many…

What other label/artist do you want us to take an interview from ?
Please comment this page or send us a message on FB. 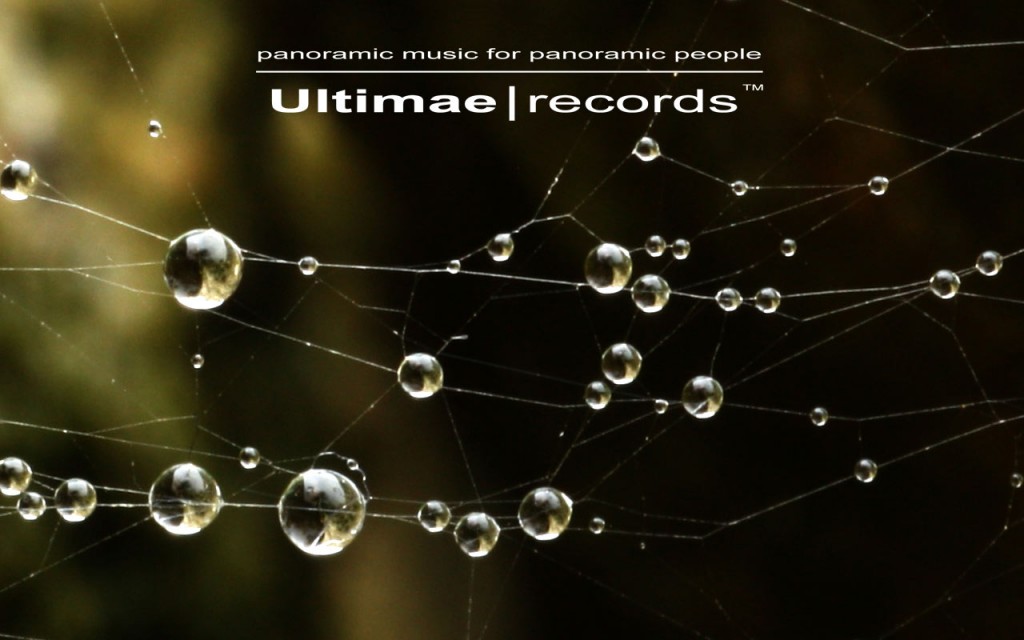 thoughts on where to buy music and how to support labels? 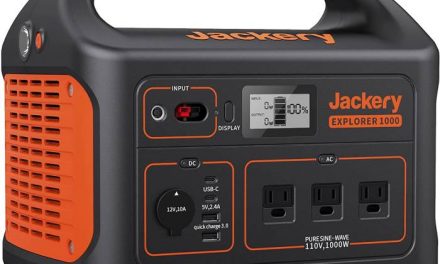 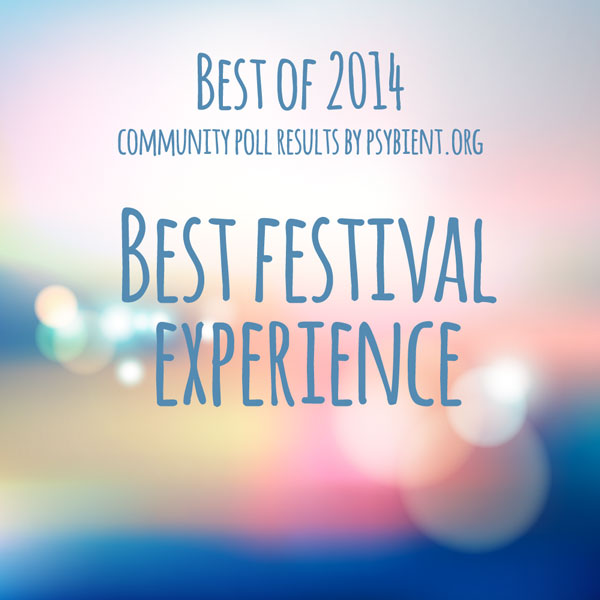